Orange County Bail bonds exist to prevent people from suffering these consequences before they are convicted of a crime. They also help people who may ultimately receive sentences with no jail- or prison time. People free on bail bonds are also better able to earn money that assists with legal fees. Call 336-636-5300 now to speak with an agent.

The Orange County Detention Center in Hillsborough houses people awaiting trial in Orange County, NC. The detention center is located at 125 Court St. in Hillsborough, NC. In this facility, inmates have little time outside of their cells and remain isolated from the outside world. Inmates find it difficult to maintain relationships with people on the outside. 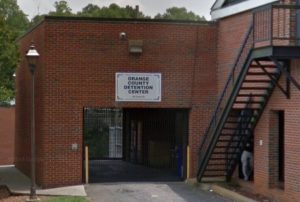 Bail bonds reduce the cost of release from the Orange County Detention Center to just 15 percent of the bail amount. For example, a bail bond reduces a $5,000 bail to just $750. A bail bond can be obtained by the defendant or someone on his or her behalf.

DJ’s Bail Bonds provides virtually all types of bail bonds, both large and small. Some of the common bail bond types we handle include the following:

The severity of the case, the defendant’s record, and whether injuries were involved all affect the bail amount.

Lower bail is possible for charges related to personal use; the courts take a dimmer view of trafficking and may require higher bail.

If the person is not dangerous or charged with any felonies, bail costs can be on the lower side.

The severity of the offense plays a big part in the bail amount. Once released on a bail bond, the court usually orders the defendant to stay away from the alleged victim. This may prohibit the defendant from returning home. Revocation of bail can occur if the defendant returns to his or her place of residence.

The Orange County Detention Center is an unpleasant place to live. Getting out on bail is the top priority after an arrest. DJ’s Bail Bonds’ bondsmen facilitate the release of our clients day and night, weekend, weekday, or holiday. For immediate bail bond help, call 704-658 BAIL (2245).