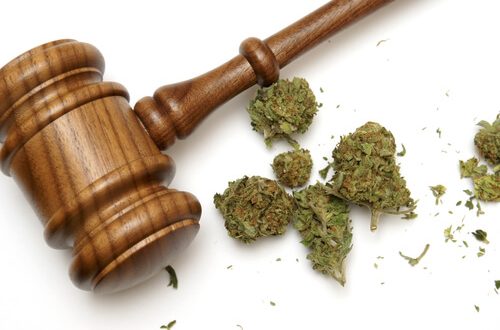 As North Carolina cracks down on drug crime, you might find yourself needing to post bail for a loved one. Otherwise, your friend or family member might remain in jail for a long time awaiting trial. If you’ve never dealt with the system, the bail process might seem confusing. You might need help understanding North Carolina drug bail bonds and how they work.

How Much Are North Carolina Drug Bail Bonds?

The Price of North Carolina Drug Bail Bonds Varies Depending on the Circumstances. Drug Charges in NC are Classified in 6 Different Schedules or Categories As Follows:

Example: Xanax w/OUT A Prescription

You’ll pay less for a misdemeanor drug arrest than for a felony charge. Each judge determines bail based on a variety of factors, such as the person’s prior arrest record. If your loved one is a first-time offender found in possession of a small amount of marijuana, they could be released on a promise to appear. For a felony drug charge, you’ll typically pay 15 percent of the total bail amount for the court to release your loved one.

Felony North Carolina drug bail bonds can be costly, especially if you’ve been arrested for drugs previously. A drug trafficking charge, for example, bail might be set at more than $100,000. If a judge thinks you’re a flight risk, bail will be higher. The judge wants to be sure the defendant will appear in court.

Do High North Carolina Drug Bail Bonds Mean My Loved One Is Really a Flight Risk?

Not necessarily. North Carolina law enforcement arrests more than 30,000 people each year on drug trafficking charges alone. The vast majority will show up in court. The court often finds many defendants not guilty. For example, you can be arrested for driving across state lines with your prescription medication. You could also receive a charge if you’re in the car with someone who is trafficking prescription drugs, even if you didn’t do anything.

Being arrested for drugs is scary, however most people don’t want to flee. The mere thought of a second arrest and getting in even more trouble is rarely appealing. The bottom line, politicians and lawmakers get brownie points for appearing tough on crime. Innocent people and people who make a single bad decision often pay the price.

How Can a Bondsman Help?

Bondsmen can often get your loved one released faster than you could on your own. They have experience dealing with the process and have a reputation the court system respects. A bail bondsman will make sure your loved one appears for their hearing. By paying the NC bail, they are securing the responsibility that the defendant makes their court appearance.

How Can I Afford a Bail Bond?

If you can’t afford to pay cash or get a cash advance, you may have other options. If you work through a bail bondsman, you can sometimes use collateral such as real estate. Bail bondsmen can accept a lien on your property, and you pay the bondsman back in monthly payments. If you don’t own anything that would count as collateral, you might need to borrow money or sell something.

You can post bail fairly quickly. Within a day or two of the arrest, your loved one will appear before a magistrate who sets the bail amount. After this appearance, you can post bail.

Contact a bail bondsman at DJ’s Bail Bonds as soon as possible. Even if it’s the middle of the night, a bail bondsman can help guide you through the process. You’ll need to provide the person’s name, jail location, charges, and booking number if available.

Will I Get My Money Back?

We Can Help With Numerous Types Of Bonds