After a person is arrested in Johnston County, NC, he or she is taken to the Johnston County Jail, located at 120 S. Third St in Smithfield. If bail is posted promptly, a detainee may avoid being booked into this facility. DJ’s Bail Bonds’ Wake County office helps people in need of a  handles Johnston County bail bonds. We work with all Johnston County law enforcement agencies. Our bondsmen are on duty 24/7/365. We’ll get you home tonight. Call 704-658 BAIL (2245). 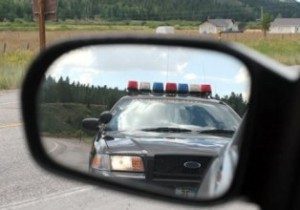 In North Carolina, a magistrate sets bail within a few hours of an arrest. Bail is guaranteed by the U.S. Constitution in order to prevent innocent people from languishing behind bars while awaiting their day in court. Because defendants are innocent until proven guilty in America, magistrates make an effort to set an attainable bail amount.

An exception to this occurs when the magistrate determines the defendant poses a danger to the community. Also, defendants accused of very heinous crimes or who have a serious criminal history may have high bail or be denied bail. Unless one of these exceptions applies, defendants have a reasonable chance of being released with a bail bond.

If you or a loved one are arrested in Smithfield or Johnston County and need a Johnston county bail bond, contact DJ’s Bail Bonds for fast jail release. Bondsmen are available 24/7/365. Call 704-658 BAIL (2245).

DJ’s Bail Bonds help our clients benefit from their constitutional rights. No one deserves to be incarcerated without being convicted of a crime. For that reason, we provide efficient, affordable, nonjudgmental service. Bail bonds are crucial for many people to afford freedom while awaiting trial.

Bail bonds reduce the cost of freedom to just 15 percent of the bail amount. Because bail is often impossibly high for a defendant and his or her family, bail bonds make bail affordable. A bail amount of $10,000 is very common. Most people don’t have that much money available. With a bail bond, the defendant only needs $1,500, which is much more affordable.

Sometimes, 15 percent is still too much. When defendants lack deep pockets and bail is steep, this is often the case. To assist our clients, DJ’s Bail Bonds offers payment plans. Rather than raising the entire 15 percent at once, the defendant or his or her cosigner set up payment arrangements. Once the defendant signs the payment agreement and promises to appear in court, the defendant is freed. To discuss bail bond payment plans, call 704-658 BAIL (2245).

DJ’s Bail Bonds provides all types of bail bonds. Most bail bonds fall into one of the following categories:

No matter the type of bail bond, complying with the court’s instructions is essential to remaining free. Courts always require defendants to show up for their court dates. Failure to do so can lead to revocation of your bail and return to the Johnston County Jail. If a legitimate problem prevents you from getting to court, such as being hospitalized, contact your bail bondsman right away.

The Johnston County Jail in Smithfield, NC, is no place to be. Without your freedom, you can’t live your life and support your family. To get out fast, call DJ’s Bail Bonds at 704-658 BAIL (2245). We’ll get you or your loved one home fast.