Domestic Violence Bail Bonds. A domestic violence arrest is usually stressful for all involved. Unlike other types of arrests, family members and loved ones buy the accusations. The incident leading to the arrest often occurs where the arrested person lives. Additionally, if a restraining order was in force, you may receive more charges. 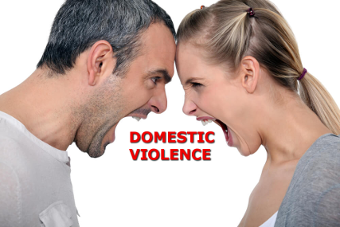 North Carolina courts set domestic-violence bail bonds differently than other types of bail bonds, which can delay bonding for those detained for domestic violence. This short timeframe applies whether the arrest occurs during court hours, in the middle of the night, or on weekends or holidays. Magistrates are on duty 24/7/365, just like the bondsmen at DJ’s Bail Bonds.

In domestic violence cases, a 48-hour rule applies. This rule states that for bail to be granted during the first 48 hours after an arrest, a judge must agree. A judge can decide to grant bail immediately or hold the defendant for the full 48 hours. After 48 hours, a magistrate would then set bail. If the arrest occurs outside of court hours, such as over a weekend or holiday, the defendant may be forced to remain in custody for the 48-hour period before seeing a magistrate.

Are you concerned about being stuck in jail because of the 48-hour rule? Contact a DJ’s Bail Bonds bondsman now to discuss your options for the release.

Domestic-violence bail bonds may require some or all of the following conditions:

Restraining orders are sent out after a domestic-violence incident. If you have been charged after a domestic dispute, be aware that the other party can apply for an ex parte temporary protection order, which is granted without a hearing and takes effect once the defendant is served with the order. This order may bar you from contact with certain individuals and prohibit you from re-entering your home if the alleged victim also resides there.

Permanent restraining orders will grant prior to an ex parte order’s expiration. The court system ensures the defendant receives a summons to come to court. The defendant has the opportunity to defend himself at the hearing. If you lived with the alleged victim, the order may prohibit you from returning home.

If under a restraining order, never violate the terms. A judge could revoke your bail and leave you stranded in jail for months or longer.

Do you have questions about how the get bail for a domestic-violence charge or restraining order violation? Contact DJ’s Bail Bonds expert bondsmen for immediate assistance.