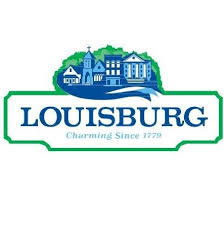 No one plans to get arrested or think they would ever need an agent that offers Louisburg bail bonds. Oftentimes, one minute, the defendant’s life seems to be going okay, then all of the sudden, he or she faces serious charges and is standing before a magistrate, who often sets bail at a figure the defendant can only dream of affording. This can send the defendant and their family reeling.

Even if the defendant plans to fight the charges, the court process can take many months or years. At this point, the only thing a defendant can do is get released on bail. A bail bond allows the defendant to obtain release by paying just a fraction of the full bail. This fractional amount can be posted by the defendant or a friend or family member.

When defendants are held on high bail, even the minimum amount down for a bail bond can be unobtainable. To help our clients, DJ’s Bail Bonds in Franklin County provides payment plans. A bondsman will complete all the necessary paperwork and set the defendant on an affordable payment plan. The defendant is released on the promise of appearing in court at the appointed day and time.

When you are released on a bail bond, the bail bondsman posts the full amount of your bail to the court. If you can afford the 15-percent bond fee upfront, you pay it directly to the bondsman and owe nothing more. If the 15 percent is too much at the moment, you pay in installments based on what you can afford.

DJ’s Bail Bonds specializes in large felony bail bonds. Because felonies carry the potential for prison time, courts consider felony defendants a higher flight risk and often require high bail and impose additional restrictions, such as passport surrender. Bail bonds reduce the amount the defendant must pay to an affordable sum and provide the court assurance that the individual will appear in court. For immediate felony bail bonding in Louisburg, contact DJ’s Bail Bonds right away.

Though North Carolina allows gun ownership and concealed carry, if the police find you with a gun and you lack the proper licensing, you can be in for a world of hurt. Even if you had no ill intentions, you can find yourself booked into the Franklin County Jail. Often, judges set a high bail. If you are also suspected of other crimes, it can be astronomical. DJ’s Bail Bonds helps you get released because when you bail bond through us, the courts know you’ll appear in court and fulfill bail conditions. Call now.

You may have a good explanation for why you shouldn’t be convicted of disorderly conduct, but the people running the Franklin County Jail aren’t listening. The last thing you want is to sit there stewing about it. Therefore, call DJ’s Bail Bonds for immediate release.

Many people facing drug possession charges are surprised by a high bail amount. They may have no violent history, but the state still considers them a flight risk when they face long prison terms. To get out, your loved one needs a bail bondsman who can help you get the financing you need. Call now.

Most people get a sinking feeling when a police officer leans into their driver-side window and says, “Have you been drinking?” The feeling only intensifies when placed under arrest. At that point, there is nothing you can do except calling a bail bondsman to get you released fast. DJ’s Bail Bonds Louisburg, NC bondsmen are available to help 24/7/365. Call us right away at 919-937-2245

An arrest never comes at a good time, and we know the importance of getting out of custody fast. No one wants to be separated from their family and unable to earn money toward their legal defense. We know every minute counts. That’s why our Louisburg NC bail bondsmen are available 24/7/365.