After a person is arrested in Harnett County, North Carolina, he or she is taken to the Harnett County Detention Center, located at 175 Bain Street, Lillington, NC. The first thing a detainee should focus on is finding a specialist in Harnett County Bail Bond and making bail. The arresting agency, such as the Lillington Police, may take the individual to the local police station first and hold the detainee there for a short time. After charges are filed, a Harnett County magistrate will set bail.

Though the long-term ramifications of the case are important, the court system moves very slowly. It can take many months or over a year just to reach a plea deal. If going to trial, the process can take several years.

Without bail, the defendant would be forced to spend this entire time in the Harnett County Detention Center. Though officially considered pretrial detention, in reality, this is incarceration and punishment. That’s why the U.S. Constitution guarantees the right to bail. For immediate bail bonding out of the Harnett County Detention Center, contact DJ’s Bail Bonds. Our Wake County branch handles bonding for the detention center and all Harnett County law enforcement agencies. Call 704-658 BAIL (2245).

Bail bonds serve an essential function in creating fairness within the justice system. The cost of pretrial release is often high. Though the defendant has not been convicted, the charges alone can lead to bail amounts in the thousands, tens of thousands, and more. For most North Carolina families, bail amounts in the thousands and up are either impossible to meet or would take funds away from essential living costs.

No one should be stuck in jail because of a lack of bail funds. Families should never have to choose between paying for housing, food, or medical care and leaving a loved one in the Harnett County Detention Center. That’s why DJ’s Bail Bonds provides bail bonding service to the greater Lillington, NC area and throughout the state.

The cost of a bail bond is 15 percent of the bail required by the court. For example, a bail bond for a $20,000 bail would be $3,000. Few individuals and families can afford $20,000, but $3,000 puts pretrial release into the realm of reality. If the 15 percent fee is still too much, as happens in high-bail cases, DJ’s Bail Bonds offers payment plans.

In the case of a $3,000 bail bond, a defendant or a cosigner on the defendant’s behalf could make arrangements with DJ’s to pay the $3,000 in increments. The defendant would be required to also sign an agreement to attend all court dates. Once that is completed, a DJ’s bail bondsman can facilitate immediate release.

Courts assign amounts based on the time in prison carried by the charges and the defendant’s criminal history.

For people without priors, these are usually less expensive than felony bail bonds, unless additional charges also apply.

Where the quantity of possession equals a felony, these can be expensive.

Avoid illegal firearms. If an illegal gun is found in a vehicle, the state requires high bail. 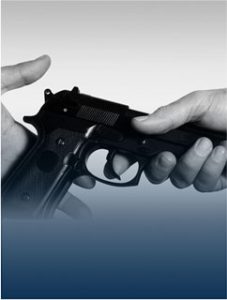 The cost of these varies with the circumstances and accompanying charges if any.

Defendants need to be careful to avoid the alleged victim while out on bail. When the victim and defendant live together, the defendant is often barred from returning home. Violating that condition eventually results in a return to jail.