North Carolina General Statutes (NCGS) Article 26 specifies the rules of pre-trial release in the state. If you are facing criminal charges and a trial process, these provisions enable you to return home instead of awaiting trial in jail. But you have to follow clear guidelines and meet specific requirements for eligibility. 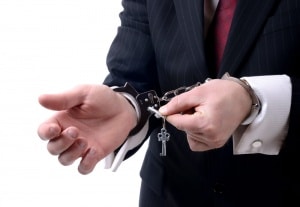 Below, we explore North Carolina pre-trial release to provide you with basic information about your possible rights and court expectations. But at the same, these general rules may not apply to your case. People charged with some crimes or held under certain circumstances may not be eligible. Or, you possibly have special requirements related to bonding out of jail. This is commonly the case for crimes involving:

To learn more about your specific rights and whether you are eligible for pre-trial release, talk to your criminal defense lawyer.

Who is eligible for pre-trial release?

If you face non-capital offense charges, those under which you cannot receive the death penalty, you are eligible for pre-trial release. If you face capital charges for an offense where you face potential for a death penalty, the judge determines whether you are eligible for bonding out of jail. However, if you are a resident of a mental health facility, escaped from one of these institutions or were absent from mandatory mental health commitment without authorization when you committed your crime, you cannot take advantage of pre-trial release.

Although you maintain eligibility for pre-trial release from jail for some crimes, you have the burden of proving to the judge that you are not a threat to the community. This is particularly the case for people who may harm the pubic by committing certain crimes while out of jail and awaiting trial.

Situations sometimes hindering your chances of pre-trial release include:

If you have a good criminal defense lawyer, he or she can argue how you are not a threat to the community and deserve release on bail. In the end, it is the judge who decides whether to let you out on a bail bond or make you stay in jail while awaiting trial. For this decision to go in your favor, the judge must also believe you will show up for your court appearances.

North Carolina Statutes also specify how the judge may hold you accountable while out of jail on pre-trial release. When your district or superior court judge grants bail, by law they must also impose one or more conditions of that release.

These legal conditions include:

North Carolina law requires that the judge imposes one of the first three standards, above. That is, unless they believe you will not appear in court as required, your release could harm a person or you will possibly destroy evidence while out on bail. Judges also evaluate whether they believe you will tamper with witnesses by intimidating them or attempting to persuade them to lie in court.

When there is any suspicion that any of these issues could arise, the judge imposes secured bond, house arrest or a combination of the two. If you face having to pay bond, you can work with a reputable bail bond agency to meet that requirement and get out of jail. When the judge requires bond or house arrest, they must provide written documentation of their decision and reasoning to the court.

What the Judge Considers in Making a Pre-Trial Release Decision

When the judge makes a decision regarding your pre-trial release, it is not on a whim. They put a great deal of consideration into this determination. They also weigh factors and evidence in your case, such as:

Get Bailed Out for Pre-Trial Release

When you are granted the right to get out of jail as part of pre-trial release, you likely need some financial assistance in paying for bail. Many people turn to a reputable North Carolina bail bond agency, such as DJ’s Bail Bonds. Call DJ’s Bail Bonds 24 hours per day and seven days per week at (919) 986-1547 to meet the financial requirements of your pre-trial release in Wake, Chatham, Franklin, Harnett, Johnston and Lee counties.