People who are arrested in the Sanford, Broadway, & Tramway, located in Lee County, NC, are taken to the Lee County Jail unless they make bail right away. Often, bail is set in thousands of dollars, tens of thousands of dollars, and more. When they don’t have the money, detainees and their families often feel like they have nowhere to turn. While stuck in jail, detainees stand to lose their jobs, their homes, and any semblance of a normal life. If you or your loved one is in need of Lee County Bail Bonds, hands down, the best bail bondsman to call is DJ’s Bail Bonds.

In cases where bail is so high that even the 15 percent fee is too much, ask our bondsmen about a DJ’s Bail Bonds’ payment plan. The defendant or someone on his or her behalf can set up a payment arrangement with DJ’s. Then, once the defendant signs a promise to appear in court, he or she is freed.

A bail bond provides the means for defendants to remain free when bail is unaffordable. In North Carolina, a magistrate sets bail within a few hours of arrest. Bail is a right under the U.S. Constitution. The founding fathers reasoned that no one should suffer incarceration while awaiting trial without a reasonable option for bail.

Usually, magistrates allow bail unless a defendant is considered a danger, has been accused of heinous crimes or has a serious criminal history. For defendants who don’t have the money, bail in the thousands of dollars might as well be in the millions. That’s why we do what we do. We make bail accessible to average people who can’t afford hefty bail.

Felonies are crimes that carry more than one year in prison. As a result, bail is usually high and a bail bond necessary.

North Carolina has tough DWI laws, so bail can be costly. A DJ’s Bail Bonds’ bondsman can make it affordable and get you home tonight.

High quantities lead to major felony charges. Even lower quantities can be in the felony class. DJ’s Bail Bonds can get you out of jail while your lawyer fights for you in court.

Illegal firearms can land you in the Franklin County Jail fast. When coupled with other charges, gun possession can lead to high bail. Call DJ’s Bail Bonds to work on a bail bond that allows you freedom while awaiting trial.

Sometimes good people lose their temper or have one too many and get a disorderly conduct charge. Contact DJ’s and we’ll have you back home in a flash. 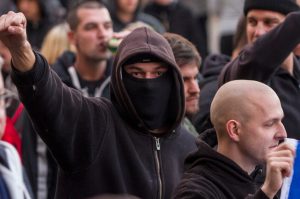 These bonds can be expensive. Contact DJ’s so you can get out of jail while awaiting the opportunity to tell your side of the story in court. When released, always heed bail terms. Often, the defendant is prohibited from reentering his or her residence if the alleged victim lives there. Violation of those terms equals a return to the Franklin County Jail.

Being locked up is no picnic. Losing your freedom, even for a short time, has a terrible impact. DJ’s Bail Bonds’ bondsmen are available 24/7/365 to set our clients free. If you need immediate Lee County bail bonding service, call 704-658 BAIL (2245).