Were you or a loved one arrested? Do you need a Lee County Bail Bondsman? If so, you might have a need for a Sanford NC bail bonds service. DJ’s Bail bonds will help you get out of jail until your scheduled court hearing. In some cases, the court hearing can take a while because the prosecution wants to gather as much evidence as possible against you before going to court. DJ’s Bail bonds offer a variety of services to assist you at the moment you need help the most. 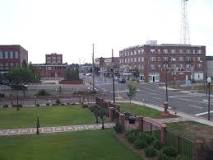 A felony bail bond will usually fall into one of a few categories:

Because felony charges can lead to jaw-dropping fines and extended prison sentences, you will pay a lot more for one of these bail bonds. DJ’s Bail Bonds have made the process more straightforward and easier to follow with our guided assistance. We speak the language of the law and will take you throughout the entire bonding process.

Carrying firearms or having the possession of an illegal firearm or concealed weapon can land you in jail. If you are a felon already and you get arrested with a firearm, then you will have a Large bond for a firearm by a felon. These bonds can range from 10,000 to 60,000. In Sanford, North Carolina, a DJ’s bail bondsman can help you if you do get caught with a gun. Just call and a licensed bail bondsman will quote you a price.

Because of some of the recent shifts in public policy on drug possession, the set bail will be lower. However, it depends on what kind of drug charge you have been accused of. For example, if you have been arrested for the intent to distribute, you could have to pay a much higher bail. Bail will also depend on the person’s past criminal history, and what kind of drug they were carrying when arrested.

Drinking and driving don’t mix. Most people don’t have to be told this because it has been hammered into our heads through advertising and other campaigns against it. Despite this, however, people still drink and drive. When you find yourself arrested for DWI, you should contact DJ’s Bail Bonds immediately. We will work with you to get you released as soon as possible. The typical bail for a DWI will vary depending on if you injured someone and whether you have a history of DWI charges. In cases where people have been charged multiple times, the bail can be set as high as $50,000.

As always bail bonds will usually depend on the severity of the crime. DJ’s Bail Bonds has a local bail bondsman in Sanford, NC located in Lee County. CALL DJ’S FIRST to help you no matter what the circumstances. There is no bail amount too large or too low for our bail bondsman. We’d love to show you why we’re the best in Sanford, North Carolina.