America’s bail bond system is not as unusual as you might think. Instead, its design stems from England’s process that has been in place since the Middle Ages. This system provides jailed defendants some recourse and relief, just as it has for hundreds of years. 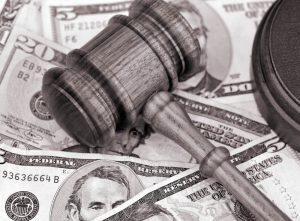 In England’s medieval times, crimes were not the public matters they are today. On the contrary, these were private issues best settled between the accused offender and the victim. As part of this system, courts merely assisted with ensuring victims gained compensation due from the defendant. In fact, the court role existed merely to prevent people from taking matters into their own hands through vendettas. The law deemed money was the best way to settle a score after criminal activities. This is the very beginning of the modern bail bond system.

For defendants not considered dangers to the public, the Anglo-Saxons allowed their families to establish a surety for release from jail. This financial account set aside some money for the king, too. Then, the defendant had to appear in court or the family lost all of their money.

As you can see, these English sureties were similar to our modern bail bond system. We still use money as part of a surety against the defendant’s guarantee of appearing in court, as well as toward payment of court fees and victim restitution.

Many regional sheriffs in England were corrupt and prisoners were often able to unjustly pay their way to freedom. This is why parliament enacted the Prisoners and Bail Act of 1275. This act specified the laws of the bail bond system, specifically which prisoners did or did not qualify for bail, in the first place. If prisoners not qualified for bail, yet allowed out of jail, sheriffs were held accountable for “unlawful bail.”

Parliament continued to refine the bail bond system, prisoners’ rights and habeas corpus acts over the next five hundred years. With the landing of settlers in Jamestown, Virginia in 1607 and America’s evolution in the next 170 years or so, our country needed its own laws.

The Bail Bond System in America

Colonial America’s founding fathers wrote the U.S. Constitution based on many of the successful laws of England, including those of the bail bond system. Our freedoms include rights against excessive bail or fines, as well as cruel and unusual punishment. Congress ratified the Bill of Rights in 1791, including the eighth amendment that reads:

“Excessive bail shall not be required, nor excessive fines imposed, nor cruel and unusual punishments inflicted.”

Today, these rights play a significant role in defendants’ rights, including the chance for pre-trial release. Because these rights are federal, no single state can take them away or change defendant or prisoner treatment. Each state does govern its own civil and criminal courts, but under the watchful eye of the federal government.

The first bail bondsmen in the U.S. are believed to have been brothers Thomas and Peter McDonough in San Francisco in 1898. They had previously worked as bartenders near the San Francisco Hall of Justice and served drinks to many of the region’s criminal defense lawyers. The lawyers convinced the pair to post bail for defendants in exchange for favors.

After doing so for a period of time, the brothers left bartending to open their own “bail bond service.” This service served to offset the high cost of bail that most defendants could not afford. However, the brothers soon developed a pattern of corruption and a system of illegal payoffs of government officials. This led to greater government control over the bail bond system.

Let the Bail Bond System Work for You

If you find yourself or a loved one jailed as a defendant in a criminal case, you can possibly find some relief through the bail bond system. There are specific steps to follow to gain the right to post bail, however. These steps include a court hearing designating a specific amount you must pay to get yourself or your relative out of jail.

Contact the professionals of DJ’s Bail Bonds in North Carolina today to learn about posting bail in Chatham, Franklin, Harnett, Johnston, Lee and Wake Counties. Call us at (919) 986-1547.